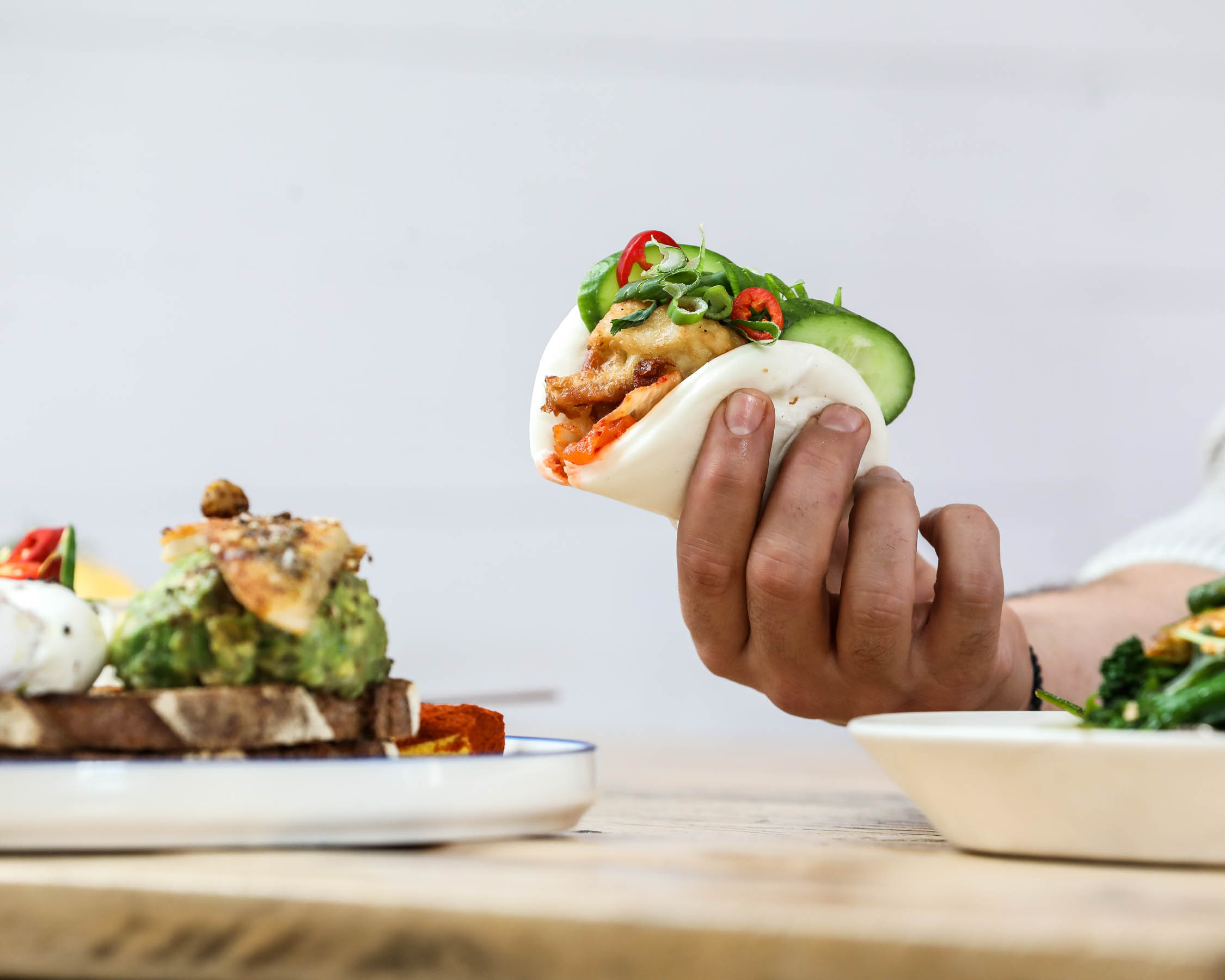 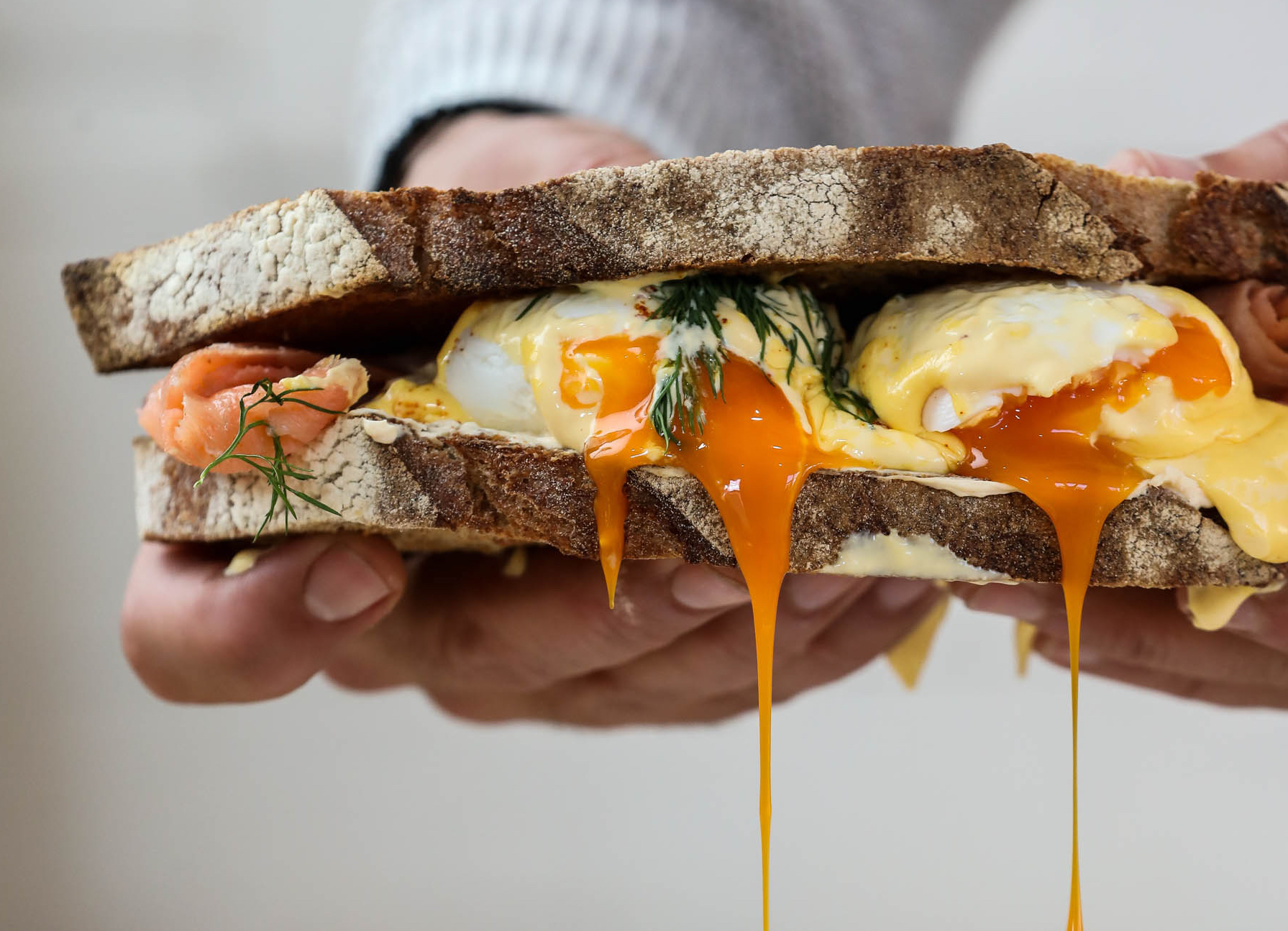 This is the story of three cafes, two co-owners, one ambition and a multitude of tactics cohesively activated to deliver a great launch strategy located in a busy geography within a competitive industry.

Before coronavirus made operating a cafe more challenging, the success rate of new businesses in the competitive cafe sector was already low.  But Dean Fourtzis and Rishit Patel knew how to run a good cafe. They’ve owned and operated Armadale cafe Street Talk Espresso for  over a decade. At around the eight year mark, Dean and Rishit knew it needed a bolster, which is about the time Casa Media Group was engaged.

Director Dani Benson said Street Talk Espresso was always a good cafe with a good reputation in the area.

“Whilst Street Talk Espresso was loved by locals, the cafe needed to be known beyond the immediate community. So the boys challenged themselves to up the visual element of the meals and try some creative new approaches to favourites. They took to developing showstopping brunch plates, including my favourite the gold-dusted French toast, and my job was to get the word out there,” Dani said.

“At that time, their digital marketing was pretty unsophisticated. I built their targeted funnels, got their new menu into local papers, partnered with local businesses like BeFit gyms to deliver special offers to their customers and showed them how to use digital advertising to take their business to the next level.”

With Street Talk Espresso now drawing in a new crowd, Dean and Rishit set about opening a second Bayside venue, a back-to-basics cafe. Sons of Mischief in Highett is aptly named after the cheeky personalities of the two owners. The menu, as the Herald Sun described it, has a mix of naughty (but nice) dishes with hints of Mediterranean flavours, influenced by Dean’s Greek and Israeli heritage.

The launch campaign for Sons of Mischief was centred around a new experience; a 1.5hr bottomless brunch.

With only a small marketing budget focussed on digital targeting and repetition, the cafe was consistently busy with both bookings and walk-ins.

“It helps that the owners have a get-it-done attitude. The limited budget meant we had to be smart about what we really needed. We kept the website simple: just menu, photos and opening times, and worked with local businesses to coordinate partnerships and Freebies. Perhaps the highlight was a partnership with the many F45s in the area. All monthly and fortnightly staff meetings were held at the cafe, where the teams were given free meals and coffees on the house. The by-product of doing that is that the healthiest people in the suburb have tried and enjoyed the entire menu, and can spread the word to their many F45 members,“ Dani explained.

As any marketer knows, the success of a business is underpinned by the quality of the product. And the Sons of Mischief menu is certainly worth experiencing: the plating is on point meaning the meals are as magnificent to eat as they are to look at. There’s space for 120 people to enjoy colourful, health conscious breakfasts and lunches, or go midway and have the now famous bottomless brunch.

Following the successful launch of Sons of Mischief, Dean and Rishit decided to launch another cafe: Stevie in nearby Sandringham.

“The first phase of this campaign was establishing a social media community. We knew we needed an audience to connect to quickly in the local area. We set up Facebook and Instagram, and a super basic website simply with contact details for the cafe. We invested in extraordinary visual content; thumb-stoppingly jaw-dropping photographs of their OTT dessert tacos and yolky eggs bennie,” Dani said.

Sandringham is an affluent beachside suburb, some 16 kilometres outside Melbourne CBD, and the community is tight.

“There’s around 10,000 people in the suburb, and the local shops and boutiques are well frequented and supported by the community. So we knew we had to form relationships with the business community. We started by following each of their accounts on social from the Stevie account, and then went about meeting all the local businesses in person. Yes, it’s a lot of effort, but pressing the flesh amplifies the power of social media many times over.”

The meet-and-greet campaign included DL drops to houses and businesses in the suburb to reinforce familiarity with the brand. Right near Stevie was the Bayside Police Station, a big and modern building with a large number of staff. Even they were treated to the same process of digital, face-to-face and postal introduction to the new cafe.

“The suburb is already heaving with established, quality cafes which, on the one hand makes it difficult to win customers, and on the other hand provides you a rich digital advertising base of cafe-goers to target via social media and Google ads.”

But the pièce de résistance in the launch campaign was a two-pronged giveaway. Stevie set out to attract both the upper echelons of the Sandringham community, as well as the next generation of cafe goers.

“Casa Media Group coordinated two coveted giveaways. One; a super luxe VIP service for two people to see Tyga the rapper; and the other was VIP tickets to the celebrity-filled Birdcage at Melbourne Cup.”

The result? The launch of Stevie was a hit. The juxtaposition of two blokes running a pink, flower-filled cafe was attention grabbing enough; but then there was a great menu, and a community-centric multi-faceted launch campaign.

In their first week along, they traded over $10k per day and ran out of all produce during the course of their service.

The next step in their marketing plan was a loyalty program, social media bookings and improved data capture. But that’s a story for another day.

So, what can we learn from these three cafe marketing strategies?

“Really, it’s not good enough to produce great food in the insanely competitive cafe space. The experience has to be unique and the marketing has to be layered and targeted. Sometimes you have to get a rapper involved, sometimes you have to ensure the police are catered to, and digital marketing is only one piece of the puzzle,” Dani concluded. 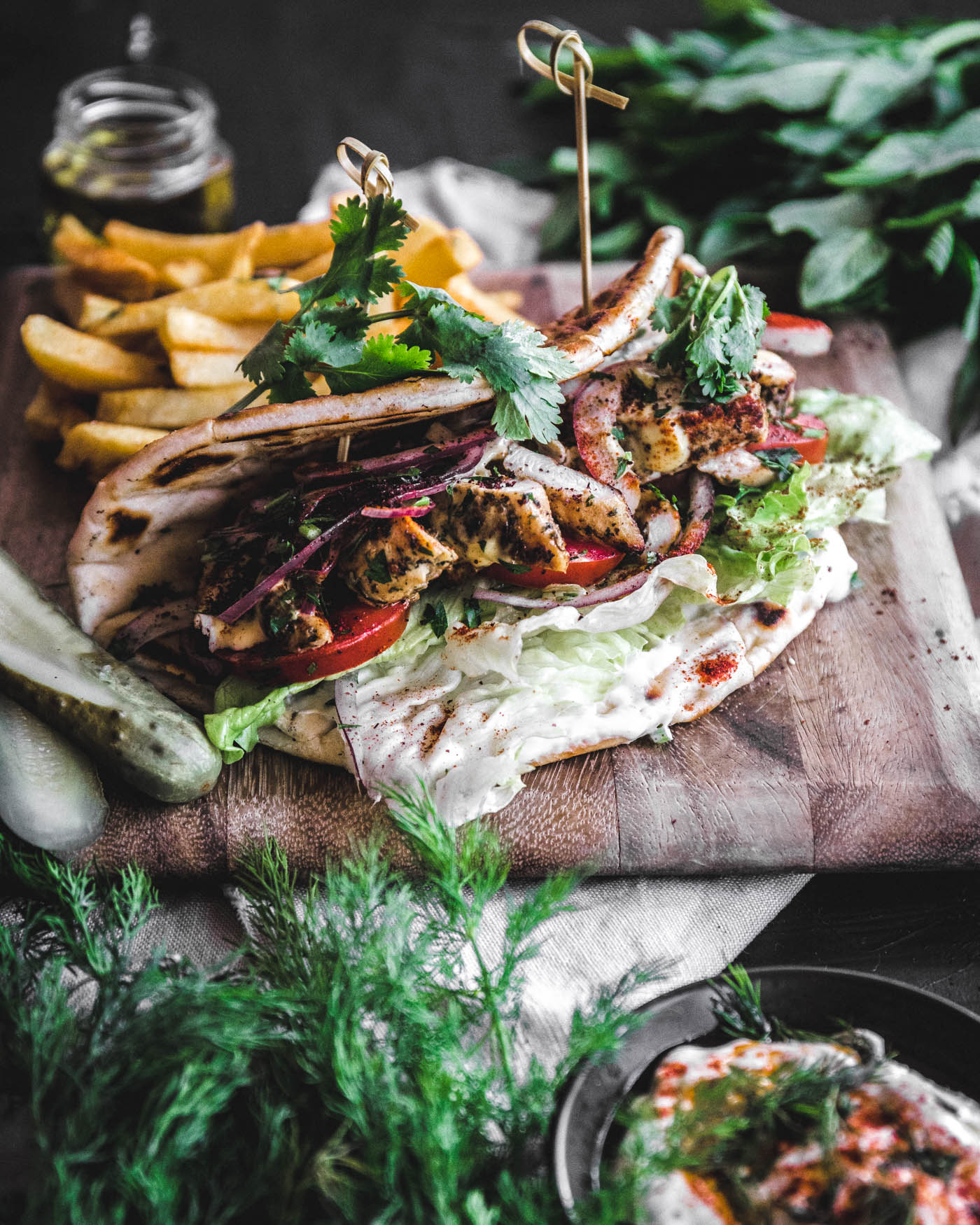 How to keep a new cafe going during covid lockdown 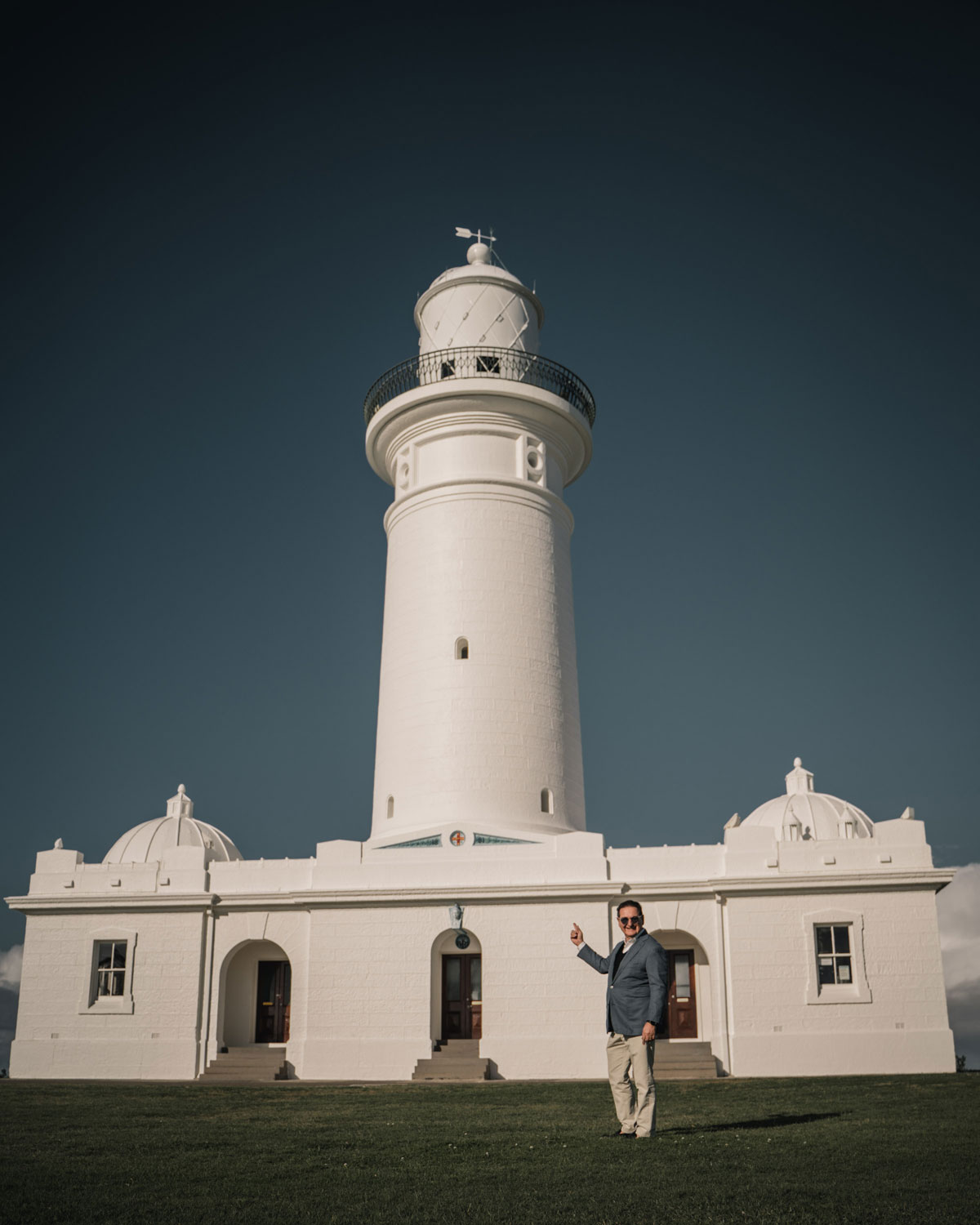 Launching a career shift with a bang

Are you ready to have people talking about your brand?